In 1959, John S. Chase, the first African American to be licensed as an architect by the State of Texas – but that only after petitioning the state for special permission to sit for the exam – completed a remarkable modern house for his own family in Houston. Though largely ignored within architecture, the house as a gathering place was a landmark in local, state, and national culture and politics. You should know it.

The presentation was followed by a conversation and Q & A moderated by Nader Tehrani.

David Heymann, FAIA, is an architect, author, and the Harwell Hamilton Harris Regents Professor in the School of Architecture at the University of Texas. His focus is the complex relationship of constructions and landscapes. Heymann is the author of My Beautiful City Austin and, with Stephen Fox, John S. Chase - the Chase Residence. He is a contributing writer for Places Journal; his essay Landscape Is Our Sex received the 2012 Bradford Williams Medal. Heymann’s architectural work has been recognized with various design honors, including selection for Emerging Voices by the Architecture League of New York. He is an AIA/ACSA Distinguished Teaching Professor, and has received numerous teaching awards, including recognition by DesignIntelligence in 2017 and 2018. Heymann holds degrees from The Cooper Union and Harvard’s GSD. 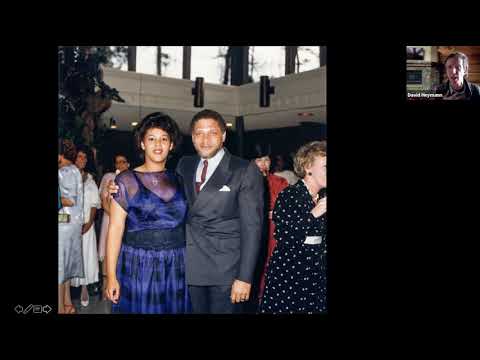 In 1959, John S. Chase, the first African American to be licensed as an architect by the State of Texas – but that only after petitioning the state fo...